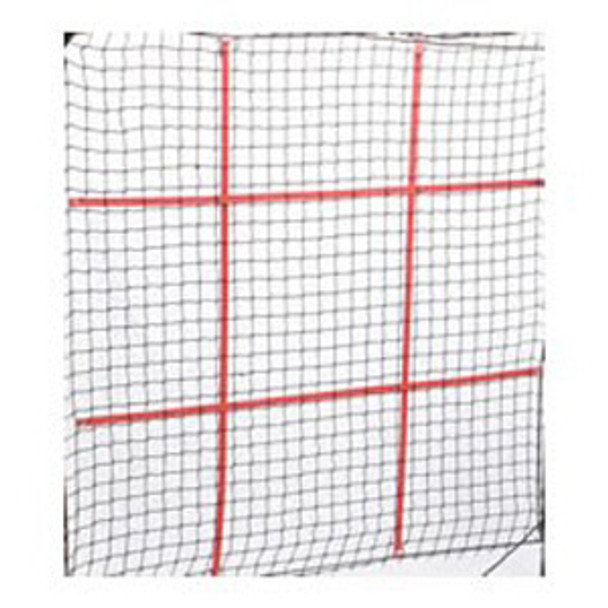 Important: the Net Marker System is an optional accessory for the SLT3000. It is included with the PRO5000 Model. The Net Marker comes in 2 sizes, so please indicate which Solohitter Model you have so we can send the correct size.

Read what a pro hitting instructor says about the Net Marker:

"The Solohitter's Net Marker has been nothing short of an awesome addition to the SoloHitter hitting device. As a Professional Hitting Instructor, part of my goal is to give instruction on not only how to generate bat speed and accuracy with a good balanced swing, but also how to teach my student on how to hit the pitch or put the ball in play in relationship to where the pitch is delivered into the strike zone.

Situational baseball requires for the batter to hit the ball to a particular area of the field in order to advance runners. With that in mind, hitters need to practice directional hitting. An example would be; runner on first base, less than two outs, batter needs to hit the ball towards first or "behind the runner" in order to advance the runner to second and possibly third base.

When instructing a hitter, the batter needs something to focus his eyes on before his swing, simulating a pitch being thrown from the "pitcher". This way he is able to train his eyes to go from the release point of the ball being pitched (simulation) to the ball being hit. The net marker serves the purpose as the "release point" of the pitcher.

The Net Marker also serves as a visual guide for feedback based on the ball being struck by the hitter. The "tick-tack-toe" grid on the net gives the hitter targets to hit into based on what part of the plate or strike zone the ball is being pitched. For example: