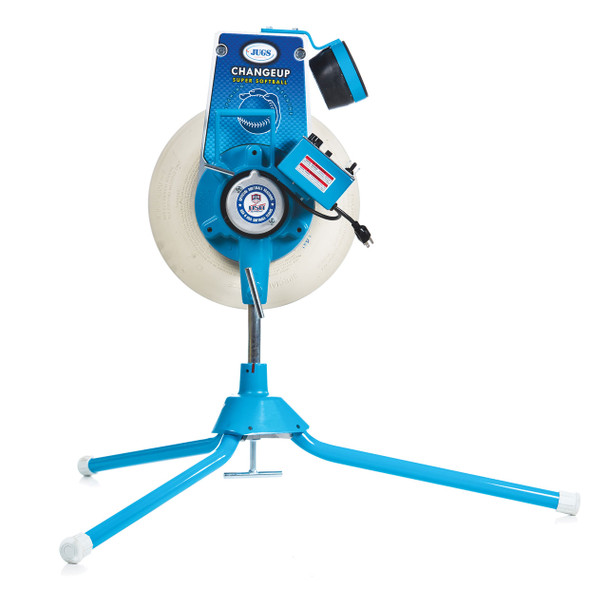 REVOLUTIONARY CHANGEUP FEATURE
In a National survey, 94.8% of all softball coaches polled asked for a change up machine - and JUGS listened. Introducing the JUGS Changeup Super Softball™ Pitching Machine!

Throws fastballs up to 70 mph and changeups at speeds as low as 44 mph. Available with or without transport cart. For optimum performance, when using the fastball/changeup mode, your machine must be 37 feet from home plate.

By changing the speeds at the press of a button, without the hitter knowing it, batting practice simply isn't automatic anymore. Switch between fastballs and changeups with the touch of a button using the hand-held Remote Control. The Remote Control can be used at the machine, behind the hitter or even in the dugout.

The JUGS Changeup Super Softball Pitching Machine is proudly the OFFICIAL Softball Machine of the ASA and USA Softball Teams.

"This machine is incredible, a must for any hitter or team wanting to improve their batting averages and ability to hit changeups."