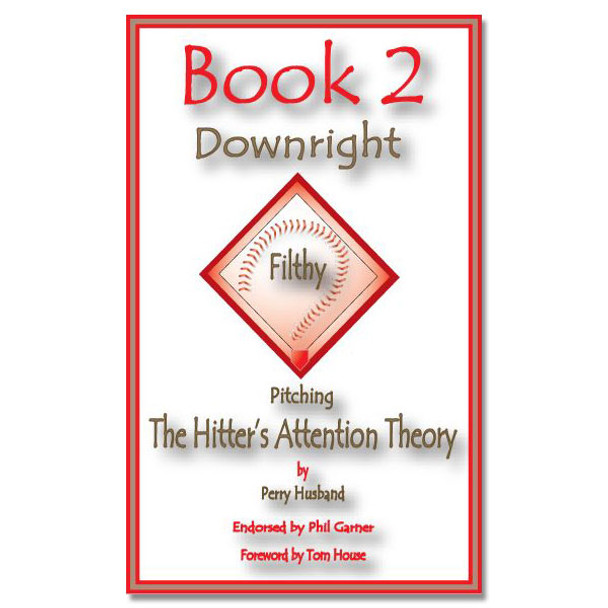 Downright Filthy Pitching 2 - The Hitter's Attention Theory started as a theory based testing of amateur hitters and their ability to react to pitches with speed differentials. Through the Inside Edge database, statistical studies show that it is no longer just a THEORY.

When a hitter sees a pitch, the eyes drink in the pitch and immediately the brain calculates the velocity and when exactly the body would have needed to respond to that speed. The next pitch comes and the mind's eye drinks in that speed and because hitters are taught to REACT to try to hit all pitches, their attention goes to a point between the two speeds. The attention of hitters is trackable and controllable. Find out how you can control attention by the pitches thrown. This hitter is late on an up and inside fastball because his inner timing is set between fastball and some other speed pitch that he has in his memory.

Are you controlling reaction time or being controlled by it?

10 year old hitters can tell whether a pitch is inside or outside and/or high and low within the first 10 feet of flight of the pitch. This was one of the first of many discoveries that lead to the uncovering of the most exciting NEW breakthrough in baseball and softball in the past 50 years. The pitcher versus hitter confrontation is one of the most complex sports activities there is. There is so little information that we are able to prove beyond a shadow of a doubt, that it has made the uncovering of the truth about velocity very elusive. That is until now. With the discovery of Effective Velocity and the uncovering of the Hitter's Attention Theory, pitching has just taken one giant step forward. Understanding reaction time and the physical limitations of hitters has catapulted pitchers into a position of dominance like never before.

Through the use of a 4 million pitch database thanks to the folks at Inside Edge, we have been able show that when pitchers throw Not At Risk pitches (pitches that are not headed toward 100% on time contact), batting averages go down 17%, well hit averages go down 26%, home run production goes down 19% and swing and miss percentages go up by 17%. Simply stated, when pitchers use time wisely, they are Downright Filthy. Now you can understand the principles that have been hidden since the first pitch was thrown over 100 years ago. Effective Velocity has been at work since that very first pitch, the fact that we haven't been aware of it is another issue completely. Well over 70% of all hard hit balls in our studies spanning a two year period at the major league level came as a result of a pitch that we call At Risk. In other words, when pitchers understand Effective Velocity, the mistake pitches that hitters have lived off of all these years will be cut down dramatically making hitting 20% harder than it has ever been.

The Downright Filthy Pitching three book Series will walk you through the process of understanding this very basic concept that has been hidden for so long.