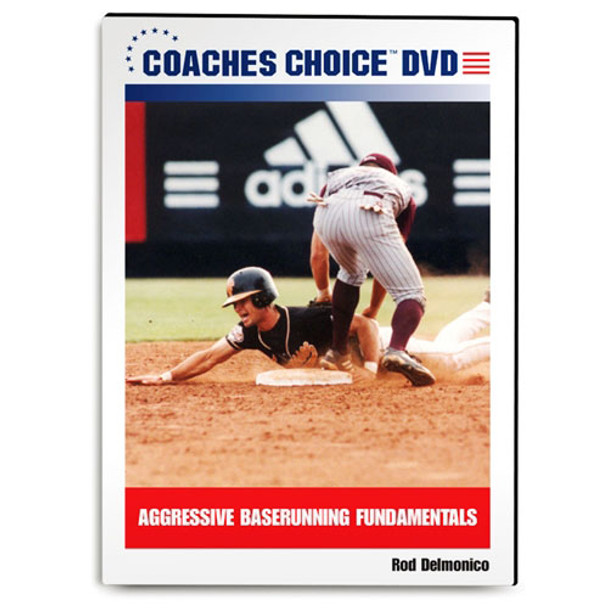 Aggressive Baserunning Fundamentals explains how a team can gain a “winning edge” by being aggressive on the basepaths. The DVD reviews how and why making things happen in the basepaths puts pressure on the defense. The key principles and techniques involved in running the bases effectively are also detailed.

Rod Delmonico was the head baseball coach at the University of Tennessee, a position he assumed in 1990. The Southeastern Conference’s longest running tenured baseball coach; Delmonico has experienced tremendous success at the helm of the Volunteers’ diamond program. His teams have won an average of 41 games per year (including two 50-win campaigns), while garnering two SEC titles, making two trips to the College World Series, and appearing in six NCAA regionals. In the process, his teams have won four SEC Eastern Division crowns and three SEC Eastern Division Tournament championships. In honor of his coaching efforts, Delmonico was named Baseball America’s 1995 National Coach of the Year and SEC Coach of the Year in 1994 and 1995.